What Do I Do With These Peppers! 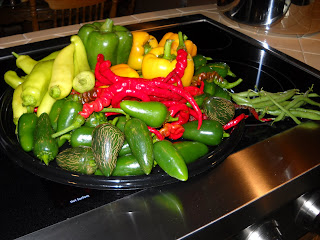 Went down to the garden and I had peppers everywhere!  Green peppers, red peppers, yellow peppers, and orange peppers.  Peppers, peppers, and more peppers, lol.  Oh what to do?  I decided to get to work on the pickled vegetable mix and make salsa. 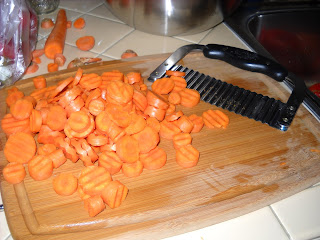 I decided to pull out the crinkle cutter, which I use mostly to make crinkle cut potatoes for my grandson and cucumbers for my veggie trays to cut my carrots for the pickled veggie mix.  I almost forgot that I had this piece of equipment.  Shows how much I've used it lately.  It worked like a charm. 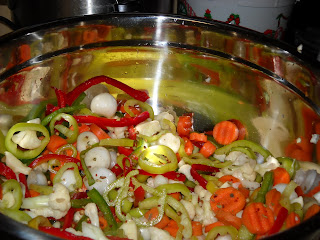 I modified the recipe in the Ball Blue Book, and added cauliflower, red peppers, banana peppers, carrots, pearl onions and green peppers.  I love the color.  I think food should be fun as well as appetizing.  The recipe actually called for pickling cucumbers, but I didn't grow any and none of the grocery stores had any so they were left out of the batch. 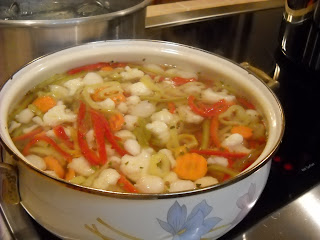 I added 8 1/2 cups of white vinegar, a few garlic cloves, a few dashes of pickling spice and boiled for 15 minutes.  The mix turned out quite favourable.  I used 1 chili pepper and 2 jalapeno slices per jar and this was the end result:  10 1/2 pints of hot, pickled veggie mix. 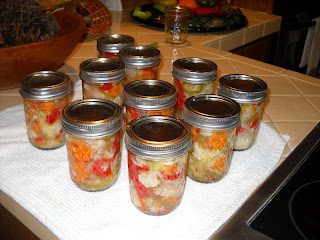 I didn't put a dent in the chili, jalapeno and banana peppers, so I decided to whip up a batch of hot salsa.  Did I mention that love hot, spicy foods.  I was able to harvest a few Amish Paste tomatoes over the week-end, so I chopped those along with the yellow and orange peppers and added lots of hot peppers, seeds and all.  I had few red onions left, and tossed those in.  I love using Amish Paste and the Roma tomatoes in my salsa.  They're meatier, and make great chunky salsa.  The yellow and orange peppers made the batch festive and the chili peppers quite hot.  It was perfect!  I plan to make another batch and can pint jars to use in my holiday baskets.  My family has cast iron stomachs, even the kids love hot, spicy foods.  I have a 5 year old niece that loves Texas Pete hot sauce and fried chicken, lol.  I plan to make gift baskets for Christmas, which I will add a pint of salsa, the veggie mix, gourmet chips, home made cookies and some sort of jam/jelly. 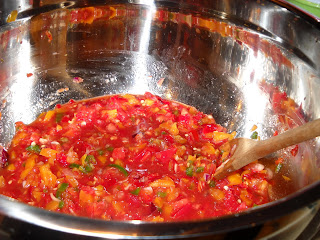 I decided years ago, to give homemade Christmas gifts instead of spending a fortune at the stores.  I refuse to contribute to the commercialization of Christmas.  I was able to can a quart and a 1/2 pint from this batch.  I didn't bother to seal the jars.  This batch of salsa will be gone by the week-end. 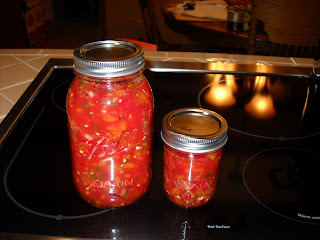 Do You Soak Your Peas? 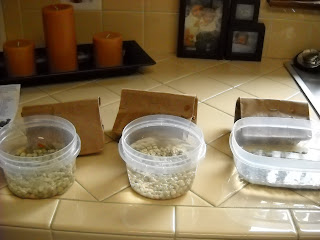 Do you soak your peas before planting them?  Since I'm a novice gardener, I try to research or make notes from more experienced gardeners blogs.  I read that you should soak peas at least 8 hours before planting.  So I did!  Little did I know that they would increase during that time period.  OMG, it was like an explosion in those little bowls, lol. 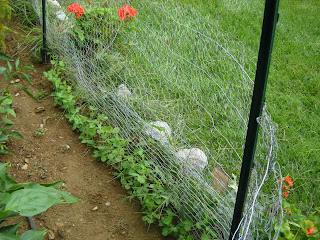 I decided to do a succession planting of the Wando sweet pea.  So far they're progressing nicely.  I'm looking forward to harvesting these sweet peas for soup and baby food.  I also planted a few Nantes baby carrots and more Blue Lake green beans.  We've had lots of rain the past week, so I'm hoping that they all germinate.  If the weather cooperates this week-end, I'll put in spinach and a few Cherokee Wax Bean plants for black bean soup and dip.  Need to get the garlic and strawberries in for next year's harvest too.  What's in your fall garden?

Summer Garden Is Coming To A Close 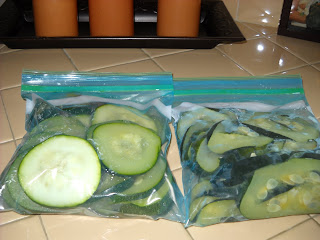 I decided to pull the zucchini plant to make room for the fall veggies.  I was able to blanch and freeze 2 quarts from my final harvest for zucchini bread this winter. 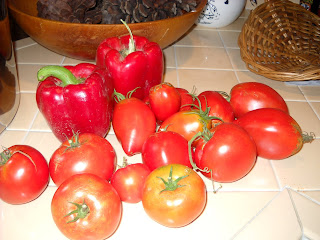 The tomatoes plants are still producing, but they're turning red slowly.  I have quite a few green tomatoes left on the vines, so I'm hoping for a good harvest within the next week or 2 so I can put away a few more quarts for soup and salsa. 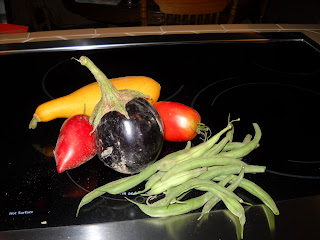 I was able to harvest a few green beans, which I was very happy to see as I replanted them 4 times because the groundhogs ate them down, lol.  I was so excited that I planted a few bush beans.  I don't know if I'll see a harvest since it's so late in the season, but it doesn't hurt to try.  Next year, I'll suit up for my battle with the groundhog early, and hopefully I'll see a bigger and better harvest.  I've fried my last eggplant of the season.  It was better than the first one that I harvested, yum. 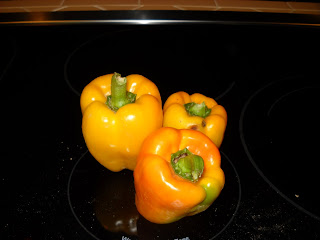 My peppers have done great this season.  I plan to use these in my next batch of salsa.  I love the yellow and orange colors mixed with the red peppers and tomatoes.  I still have abundance of chili, banana, and jalapenos on the vines.  I'm going to make a few pints of pickled cauliflower, carrots, and pepper mix this week.   My 4 year old grandson and daughter loves it, lol.

I decided to plant peas, carrots, and collards in my fall garden.  Stay tuned. 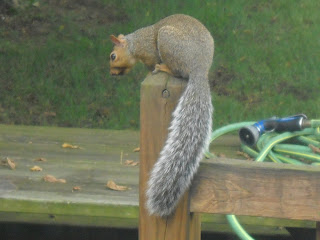 I have a black walnut tree in the back of my yard.  I've been finding walnut shells around my deck and was wondering how they got there.  I walked into my kitchen to fix a cup of coffee, and when I looked out the window I found this little fellow sitting on the deck rails.  I think I solved the mystery! 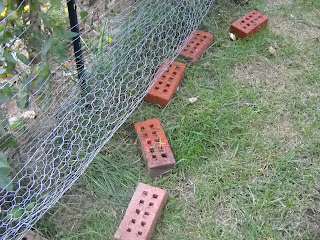 As you know, I've been fighting groundhogs in the garden.  We trapped 6; however, 2 more have found themselves a home under my storage building.  I placed chicken wire loosely around the rabbit fencing leaving about 8 inches at an angle in hopes that they wouldn't dig under it.  These 2 are smart, they never appear when I'm home and they only dig on one side of the garden.  I've placed a few large stones along that fence line, so far I've blocked that side pretty good.  Hope I don't jinx myself, lol. I placed bricks along the backside of the fencing, so I would know if they were out.  This is what I found last week.  They've moved the bricks and bent the fencing pretty much to the ground.  Because it's loose, it's bending under their weight.  They did make it to a few tomatoes that were growing over the fence, but no major damage. 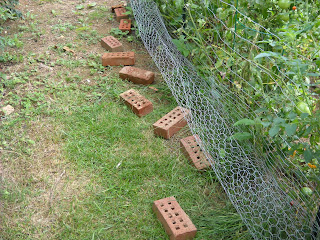 Since I'm unable to relocate these little pests, I'm debating an electric fence for next year's garden.  I'm a little nervous about the idea, since I have a soon to be 4 year old grandson who loves to run around the yard.  Do any of you have an electric fence?  If not, how do you manage to keep the pests out your garden?  .  ﻿ 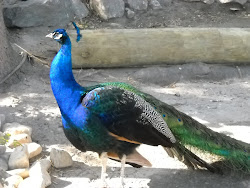 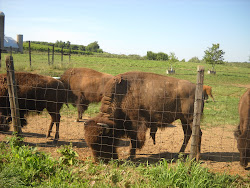 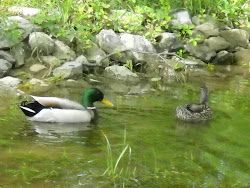 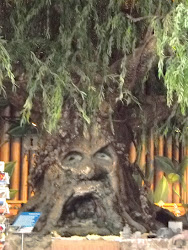 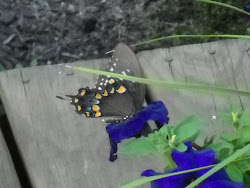 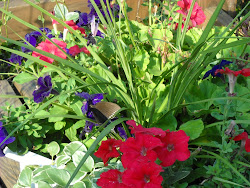 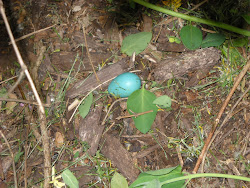 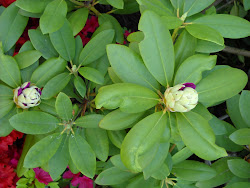 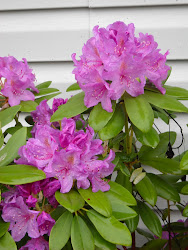 Rhonda Gales
I'm a diva by day, but love working outside. I decided to take off my high heels and plant a kitchen garden. I'm working with an acre in Zone 6 and doing my thing by trial and error. Glad you stopped by to share my experience. Feel free to share yours, I love making new friends and learning new things.